The Blu-ray Disc Association is most of the way done defining a version of its optical disc technology that can handle high-resolution 4K imagery, the group said Friday at the IFA electronics trade show. It will start licensing the technology in the spring or summer of 2015, and the first 4K Blu-ray players should arrive by the holiday-shopping season of that year, said Victor Matsuda, chairman of the Blu-ray Disc Association global promotions committee.

There is more to 4K Blu-ray than the added resolution. The new specification also will improve color gamut dramatically and offer a higher dynamic range so details in shadows and highlights are visible. The new format also will be able to show 4K video at 60 frames per second.

It’s not clear exactly now much of the market wants the best of the best, though: people have flocked to streaming services despite difficulties with bandwidth and image quality. With services from Netflix, Crackle, Shomi, Google, and others, people can watch the video they want immediately rather than having leave the house to get a disc. Those subscription services offer access to a library of titles so people can watch as much as they want — and try new TV shows or movies without having to decide whether it’s worth the per-show price tag.

Streaming media is also becoming more convenient with players from Apple, Roku, Amazon, and Google. As of the second quarter of 2014, 17 percent of Internet-connected households have streaming-media players, NPD Group said.

But Matsuda believes a lot of the world will continue to use optical discs. Blu-ray is a force to be reckoned with. In the US, 72 million households — about 62 percent — had a Blu-ray player of some sort in 2014, according to the Digital Entertainment Group. Many people move to new technology slowly, and outside the US, there’s another lag of six to 12 months.

Format changes that offer better quality are often a pain for consumers — especially those who pick the wrong one, as was the case when the Betamax videotape format famously lost out to VHS, or when HD DVD lost out to Blu-ray. Consumers don’t have to worry so much about formats with streaming media. 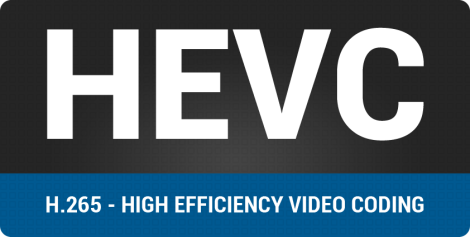 According to Panasonic, the new format works on existing Blu-ray discs with 50GB capacity (Sony claim 100GB during CES 2014 but I digress) said Ron Martin, vice president of Panasonic’s Hollywood lab and a member of the Blu-ray Association’s task for for next-generation Blu-ray development. It stores data in a different way, though, moving from the H.264/AVC (Advanced Video Coding) compression technology to the newer H.265/HEVC (High Efficiency Video Coding) successor. HEVC takes more processing to use when encoding videos but compresses them more compactly — or alternatively viewed, lets more pixels be sent across a given amount of data-transfer capacity.

The new 4K Blu-ray drive players will be able to extract data from discs at a rate of 50 or 60 megabits per second, and perhaps up to 100Mbps, Martin said. “That’s roughly double the current Blu-ray,” he said. Doubled data-transfer rates plus doubled compression efficiency means the new technology will be able to handle the quadrupled pixels required moving from 1,920×1,080 pixels to 3,820×2,160 pixels.

Although 4K Blu-ray doesn’t require larger disc capacity, they would benefit from it — and that’s something else the association is working on. “The roadmap says we have the capability to do that — to increment to 66GB or maybe 100GB. those things are under study,” Martin said. (There goes Sony’s magic number again)

For each frame of 4K Blu-ray video, the association expects significant image-quality improvements. Many experts are skeptical that people watching TV at ordinary TV viewing distances have sharp enough vision to tell the difference between today’s 1080p HD video and 4K video — also called Ultra HD or UHD. Matsuda, though, believes he can based on side-by-side comparisons, and certainly the TV industry is gradually moving that direction.

Matsuda and Martin expect other improvements than in spatial resolution such as:

First is better dynamic range. The 4K format will increase the bit depth for each pixel from 8 to 10, meaning that a greater range between bright and dark can be recorded for video that’s been produced to take advantage of that.

Currently, “with fireworks or flashbulbs or looking at the sun, you get the level of brightness as with anything else white in the scene,” Martin said. “Now we have 100 percent more signal range to capture those highlights to make a visible difference.”

“The existing 709 color encoding system shows 30-35 percent of the visual color spectrum,” Martin said. BT.2020 can “render about 70-80 percent. As TVs migrate you’ll be able to detect those colors,” he said. Blu-ray players will be able to detect BT.2020 support and use the better color gamut if it’s available, but today’s TVs don’t yet have the feature, he said.

The Blu-ray contingent has one more advantage on its side, too: Hollywood. Consumers who’ve bought copies of the same movie in VHS, DVD, and Blu-ray aren’t necessarily going to buy another version in Blu-ray 4K, and movie studios aren’t necessarily going to go to the trouble of remastering existing movies to take full advantage of the new format. But for new movies, already often produced in 4K versions, the decision to support the format is a lot easier.

The Blu-ray Disc Association counts big studios as board members, including Disney, Warner, Fox, and Sony — which makes both Blu-ray players and runs its Sony Entertainment studio. Also members of the association are Lionsgate, Universal, and Paramount.

All we have to do right now…is wait!