The popularity of crowdfunding Websites has offered entrepreneurs and innovators a way to fund projects and ideas by acting as a sort of conduit for online donations. Crowdfunding platforms raised over US$16 billion in 2014 and US$32 billion in 2015, and the estimated forecast is that the figure could hit around US$50 billion in 2016 (the actual numbers have yet to be tabulated). Because of this, crowdfunding sites like Kickstarter and Indiegogo also have become targets for deception, misleading claims, and even outright scams artists.

At least with those sites, in many cases, you will get (most) of your money back if the products being promised never come to fruition. I personally have sunk many hundreds of dollars for products, some of which have been delayed for over a year. Some of the ones I’ve had personal experience with include the Kreyos Smartwatch, Crypteks USB key, and several audiobooks and music albums that never saw the light of day.

There have been many notable crowdfunding fails. The Zano “baby drone” raised more than US$3.4 million on Kickstarter, but it didn’t actually work once delivered. The company eventually declared bankruptcy. Another company that went belly-up: Central Standard Timing, which was claiming its CST-01 to be the “world’s thinnest watch.” They raised more than US$1 million, but then the page was updated with delay after delay notice, finally ending with a bankruptcy notification. This one may not have been an intended scam, but backers ended up out some money. The Skarp Laser Razor raised more than US$4 million for its device that promised to allow you to shave using a laser to remove the hair instead of blades. It turns out there wasn’t even a working prototype. After being removed from Kickstarter for this reason, the device popped up on Indiegogo, where the campaign remains, having garnered another half-a-million in funding. Currently, an estimated delivery date of December 2016 is indicated. With that time now come and gone, it remains to be seen how this story will end. But peruse the comments section, and most are from backers looking to get their money back.

However, there is another group lurking around these sites. They are more subtle, targeting the less-informed by promising somewhat believable products that will surely disappoint once received by their sponsors. Here are three products on the top of the list of campaigns in the audio space. 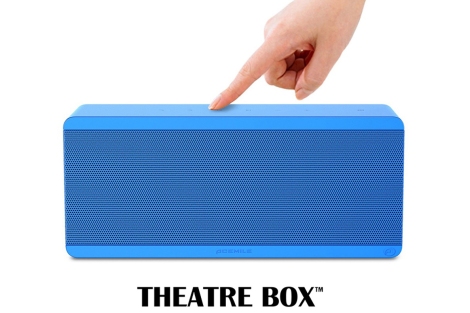 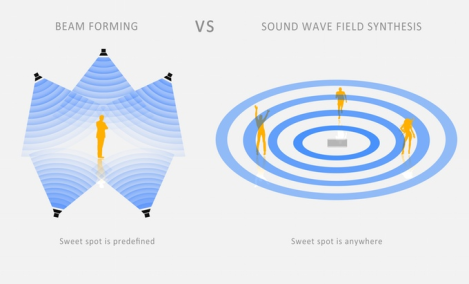 The Acemile Theatre Box promises a genuine home theatre experience from a single Bluetooth speaker. The Kickstarter page even infographically compares the speaker to a dedicated five-channel system. Seriously? If this can actually happen, every psychoacoustician and sound designer should immediately quit his career. Dolby and DTS should close up shop, and every home theatre equipment manufacturer should just stop selling their multi-thousand-dollar systems. Everyone should just buy this US$250 speaker. By the way, the speaker does not decode any form of discrete surround codec. 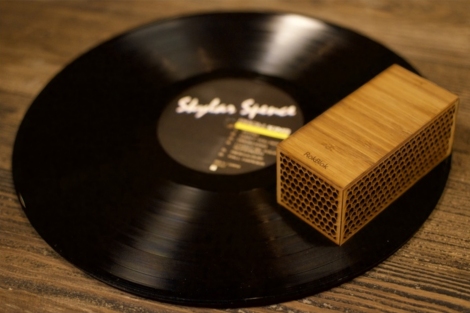 Rok-Blok is another one, amongst many, that essentially claims to defy the laws of turntable physics. Supposedly, you just need to put the unit on a record and it will drag itself around the disc to play the tunes.

The numbers of things wrong with the promise are astounding. First, how will it drag itself on the outer rings of the record? The block will be lopsided, and the needle tracking will be skewed. Second, the weight of the block will be far too heavy to not damage the groove of your records. Third, the audio transmission is via Bluetooth A2DP, which is not only highly compressed, but also lossy. Fourth, by using Bluetooth, that means the analog signal from the needle reading the records’ grooves will be converted to digital, making the entire idea behind using records moot. 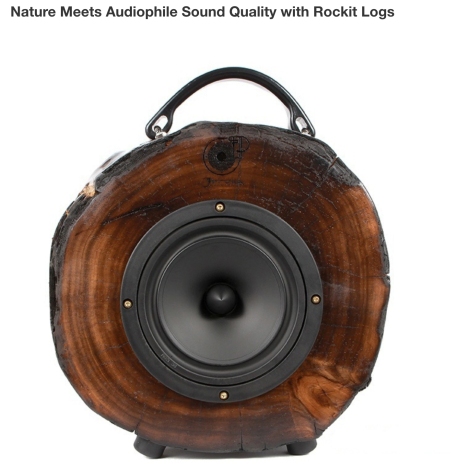 The concept behind Rockit Logs is actually pretty entertaining. It’s an “audiophile” speaker made of reclaimed chopped tree with a built-in power amp and, you guessed it, Bluetooth technology (although a 3.5mm audio jack is also available). There are no useful details about this product other than what I have mentioned above. The campaign talks more about the founder, some of the “designers,” which includes actress Eliza Dushku. There’s little about the product itself. Funnier still, there’s a purse handle on the speaker. If by some miracle the speaker can truly be of audiophile-grade (it’s not, I listened to it at CES 2017), the bass energy will rattle the chains of the handle. A unique product? Yes. An audiophile product? Extremely far from it.

Alas, you can find a slew of questionable (audio) products like the above on any crowdfunding site. Ill-informed donors will have little recourse to address potentially misleading claims other than to post information about the products online after the fact. But just remember, if it sounds too good to be true…